GET ON YOUR BIKE! USING THE CYCLE TO WORK SCHEME

On Posted on 4th December 2019 by Louise Denvir to News 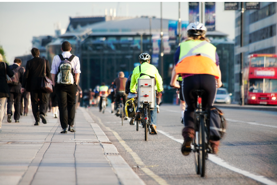 The government has recently announced that the previous £1,000 limit on the cost of a bicycle provided under the cycle to work scheme has been removed. This will apply where the employer uses a firm authorized by the Financial Conduct Authority (FCA) to hire out cycles to employees who use them to commute to work.

The provision of a bicycle to employees under the governments cycle to work scheme is an exception to the general rule introduced from April 2017 where the amount taxable is the greater of the salary foregone and the taxable benefit as set out in the tax legislation.

Other exceptions to the general rule include employer pension contributions and childcare vouchers.